ARE YOU COMPLIANT WITH THE STOCK THEFT LEGISLATION?

The increase in stock theft cannot be attributed only to the activities of the Stock theft Units, but also to the non-compliance by industry role-players who do not see that livestock are properly identified. Livestock buyers; such as farmers, speculators, stock-auctions, feedlots and abattoirs can be or are unknowingly recipients of stolen livestock and are thereby transgressing the law and liable for a fine or prosecution.

The Animal Identification Act, (Act 6 of 2002), makes provision for the compulsory marking of livestock and the Stock theft Act, (Act 57 of 1959) controls the movement of livestock. Both these Acts have been put in place to support the industry and SAPS to combat stock theft and make it easier to recover stolen livestock. It appears that a large part of the livestock trade does not comply by the provisions of these Acts and does not comply with the basic requirements to prevent stock theft. The Red Meat Industry Forum encourages its member organizations to comply with these Acts.

“Many stock theft court cases are lost because of disputes regarding the positive identification of stolen livestock and the ability to prove ownership. If an animal is marked with a registered brand or tattoo, disputes will be avoided.” says Brig Singh (Stock theft Unit, head office).

The Red Meat Industry Forum requests its member organizations to urgently play an active role in stock theft prevention and requests that the Stock theft Units strictly apply the Animal Identification Act, (Act 6 of 2002) and the Stock theft Act, (Act 57 of 1959) to all buyers of livestock as from 1 January 2013 with zero tolerance.

Once all stakeholders as well as all the relevant government departments from national to local level become actively involved in the application of these Acts then more stock thieves will be convicted and the negative impact of stock theft on the South African Livestock Industry will be reduced.

At the World Angus Secretariat Meeting in Argentina in 2011, the need for South African bred genetics was re-emphasized. Our uniqueness is expressed in local bloodlines which offer amongst others, tick resistance, adaptability to Karoo conditions and early hair shedding. Council requires your assistance:

We look forward to hearing from you. 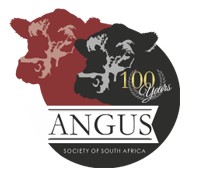